Who had Ohio’s best individual performances? You choose, you decide. MaxPreps is proud to once again sponsor the Ohio Athlete of the Week award for the 2022-23 school year.

There is one every week during the season Fan-Generated Competition to tab weekly winners. Any winner receives a letter and a badge of honor for her college jacket.

How does it work?

Nominees are selected from statistics submitted to MaxPreps. Trainers who do not have current access can request theirs free account here.
Weekly Finalists are published every Tuesday on MaxPreps and Voting takes place in a special poll. Voting closes at 12 noon on Monday. Winners will be announced the next day along with next week’s nominees.

The participants can vote as often as they want. It is a contest.
Over 275,000 votes were cast in the past week. Over 3 million votes have been cast so far this season.

* Brynn Briscoe, Versailles volleyball
Senior had 42 and 35 assists in regional semifinals and finals wins over Cardington-Lincoln and Summit Country Day. Has 849 assists and 240 digs this season.

* Bella Butler, Oakwood (Dayton) Girls Cross Country
Senior won the D-II state title by 15 seconds in a time of 18:09.8. She finished second last year and fifth in her sophomore year.

Here are the next nominees for the school year… 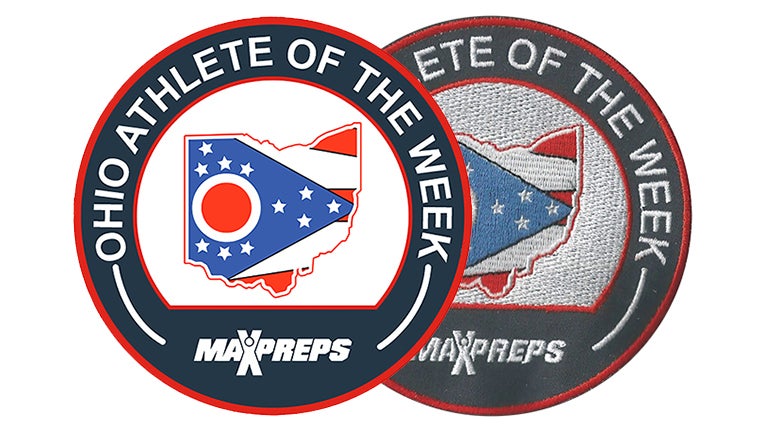 * Kami Ayoup and Emma Stransky, Copley Girls Soccer
Tandem helped the Indians win their first state title with a 1-0 win over Wayneville in the D-II Finals. Ayuop, a junior keeper, made eight saves in the game and was part of a defense that allowed five goals in 23 games. Stransky, a senior, scored the game’s only goal. It was one of her 44 goals that she scored that season. The Bowling Green recruit also had 20 assists.

* Katie Sowko, Lake Catholic (Mentor) Volleyball
Junior had 20 kills and 25 digs in a 3-1 D-III State Semifinals win over Versailles. Added 10 kills and 13 digs in a 3-0 final win over Coldwater.

* Griffin Scalf, Anderson (Cincinnati) Football
Senior completed 20 of 37 passes for 388 yards and five TDs and carried the ball 12 times for 59 yards and a TD in a 55-35 playoff win over Edgewood.

* Connor Corbett, Heath Football
The second linebacker had 20 tackles (16 solo) in a 28-27 win over Liberty Union.

* Kaleigh Palmer, Wapakoneta volleyball
Senior had 36 and 34 kills in victories over Findlay (3-2) and Bellefontaine (3-0), respectively. Has 90 kills and 46 digs in four games.

* Nathan Bucker, Piqua Boys Soccer
Senior had five goals and two assists in a 10-0 win over Lehman Catholic and four goals in a 6-4 loss to Sidney. Also had a goal in a 1-1 draw with Graham. Has 14 goals in five games.

* Christian Thompson, Fairfield Union (Lancaster) volleyball.
Sophomore had 20 kills, 22 digs and five blocks in a 32 win over Teays Valley and 20 kills and 12 digs in a 3-0 win over Liberty Union. Has 96 kills, 83 digs and 16 blocks in seven games.

* Logan Ullery, Troy Football
Junior had three interceptions and three tackles in the 17-7 win over Stebbins. Leads the state with five INTs in four games.

* Kaira English, Waterloo (Atwater) girls soccer
Junior scored seven goals in the 16-0 win over Liberty and had one goal and one assist in the 3-1 win over Garfield. Her 28 goals this season are No. 1 in the state.

* Sayge Stephenson, Preble Shawnee (Camden) Football
Senior caught seven passes for 243 yards and four TDs and carried the ball twice for six yards and a TD in a 54-13 win over Tri-County North.

* Taryn Fath, Smithville Volleyball
Sophomore had 47, 44, 38, and 32 assists in wins over Louisville, Washington, Hillsdale, and Northwestern, respectively. Her 725 assists rank third in the state.

* Ashley Sims, London Volleyball
Sophomore set a state record for assists in a match with 88 in a 3-2 win over Bellefontaine. Her 837 assists this season rank second in the state.

* Maddox Andrea, United (Hanoverton) boys football
Sophomore scored seven goals and two assists in a 14-0 win against Tuslaw. His 43 goals leads the state and his 101 points is fourth.

* Gavin Richards, Nelsonville-York Football
Junior had 28 tackles (11 solo), two TFL and two sacks in a 46-7 win over Athens. Also carried the ball three times for 37 yards and a TD and caught four passes for 62 yards and a TD.

Tandem helped Danville to a 41-18 postseason win over Windham. Weckesser, a senior quarterback, completed 9 of 11 passes for 179 yards and five TDs. Colopy, a senior receiver, caught seven passes for 114 yards and four TDs.