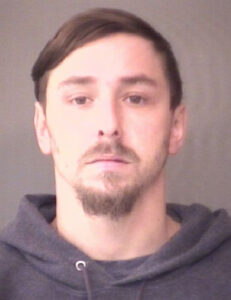 WARSAW — An Ohio man will serve four years’ probation after a shooting in 2019.

Dale Ray Harner, 31, of Paulding, Ohio, was charged with intimidation with a deadly weapon, a Level 5 felony; and possession of methamphetamine, a Level 6 felony. Three other criminal charges were dismissed under a plea agreement.

Kosciusko Superior Court Justice Karin McGrath sentenced Harner to four years in the Indiana Department of Justice for intimidation, all of which were suspended. Harner also received a two-year DoC sentence for possession of methamphetamine, which was also suspended. Both counts are served simultaneously.

McGrath had no objection to Harner’s parole being moved to Ohio State. A contact ban between Harner and a victim remains in force.

According to court documents, officers went to a Syracuse residence in February 2019 to serve a warrant out for Harner’s arrest. During their interaction, Harner held a pistol and pointed it at the officers. A deputy from the Kosciusko County Sheriff’s Office fired two shots at Harner. Both shots missed Harner, who dropped the gun.

In the area where Harner was arrested, officers found a plastic bag containing methamphetamine. During an interview with the Indiana State Police, Harner admitted to using methamphetamine and said the pistol he had was a BB gun.

“His only goal was to harm himself, not others,” Arnold said of the incident.

“This situation could have turned out very differently and luckily everyone got away safely,” said Sobek.

Arnold also credited the positive efforts Harner has made for himself and others, recalling Harner starting a club for people with disabilities at his school.

“I’m grateful for this opportunity,” Harner said. “I will do what I have done so far and it has paid off.”

Harner told McGrath he was employed and also worked for Habitat For Humanity.

A reparation hearing for damage the home suffered from Harner’s actions was scheduled for January 11 at 10 am.